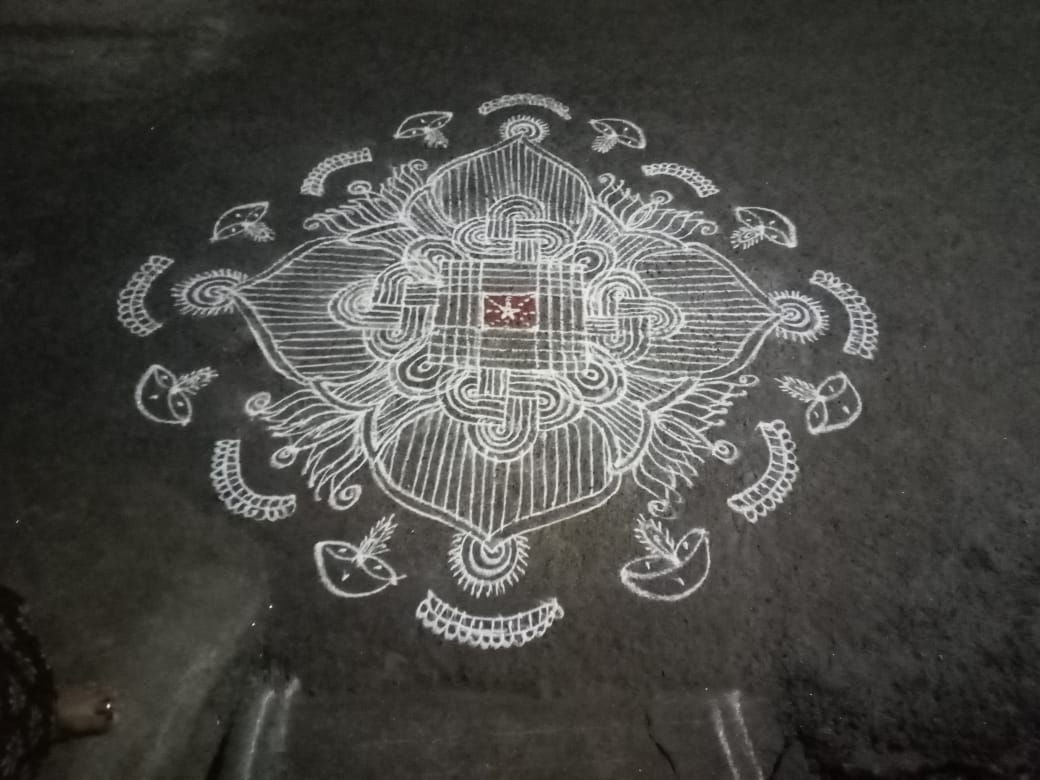 In a land flooded by sunlight and warmth, winter brings in an unfamiliar stupor and slowing down. As people living in the Western hemisphere have experienced intense withdrawal with decrease in sun’s heat and sunlight, followed by early sunset times leading to light deficit disorder. People also report mood disorder when they experience intense lethargy and increased unsocial behavior. In general, the body also slows down. There is a slowdown of digestion and physical activity. In many cultures, winter is a season for fasting. More about this topic later.

With a general dip in mood and motivation, socialization declines. Individuals might experience social anxiety and stress, and it sometimes leads to an increase in dependence on harmful substances to boost mood. People are more inclined to stay indoors and stop interacting with each other. Several celebrations are organized all over the world to help individuals in the community bond and feel less alone.

A sattvic lifestyle is wholly based on higher aspirations of life. It is built around the cosmic calendar, based on diverse ways to celebrate seasons. It offers a unique combination of creativity, devotion, and opportunity to attain oneness in every daily routine activity. As mentioned in this blog post, winter months in a sattvic lifestyle are essential for everyone.

In ancient times, when communities lived together, they were close by together and captured the celebrations by creating an ecosystem. Today, we live in a global society. People practicing sattvic lifestyle are seen all around the world. Almost five years back, one cold spring morning in rural Washington, I met a farmer at the farmer’s market. He stands out today because of his sattvic choices, although he knew nothing about it. He was not only a vegetarian but also refrained from eating anything grown under the ground. This system mirrors the philosophy and rules of the Jain system of strict Jain diet.

What was more impressive to me, he did not drink anything fermented. Thus, he has no wine or beer in his diet. His family ate no meat, not even eggs or fish. They had a small dairy farm and thus include fresh milk, made their yogurt, and cheese in their diet. The cows are all grass-fed. He was converting his tree orchard into an organic farm. Thus, awakened people around the world are making conscious, earth-friendly choices, and are practicing sattvic life choices.

Winter kolam celebration is authentic sattvic art, routine, and ritual. The simple artistic and creative rituals connect people all over the world. Many women who create these elaborate kolams start their productive day braving morning chill as they patiently, gently, in complete oneness transcribe a mental vision of art for everyone to admire. This early morning activity is no less magical than developing a photo on film. Living Sattva is proud to present a tribute for a collection of Marghalli kolams through this video. Please #like #share #comment #subscribe.

My uncle, a photographer, showed me the magic of how photographs are developed from film. In the final stages of developing, he allowed us to shake the tray with paper gently. As we went on shaking the tray, the photo paper came to life with faces of people, scenery, and profiles of pets that emerged. Then we washed it with water and hung it to dry. Even though it happened 40 years back, the magic of the moment has stayed with me.

Similarly, I recall sitting in the verandah, wrapped in a bed sheet to ward off the morning chill, and watch my aunt create this magical art of kolam emerge from her mind. The thin strand of rice flour flowing through her fingers recreated the magic with fierce concentration. The magic of the sky lighting up gradually, and the emerging kolam was no less magical than developing a photograph. By the time she finished, the sun was up, and nagarasankirtan was going on. Everyone in the procession stopped to admire the kolam and folded their hands in reverence to the flowers piled in the center of kolam.

Today, friends, despite being separated by continents, continued this tradition and celebration. Located in India, the Middle East, across the United States, and London, they connected via internet space to share their creativity. They went from feeling invisible to sharing their art on the global stage. More than 100 members shared their kolams every day. Designer art, rangoli, pulli kolam (dot), and Kalyana kolam or padi kolam was shared every day by the creators.

If you want to learn to make Kolam or wish to join the 2020 winter celebrations (November 22 to December 21, 2020), leave a comment below. Subscribe to Living Sattva to find resources and support to adopt a sattvic lifestyle to save your consciousness and save Earth!

Sattvic Food for Healing the Gut